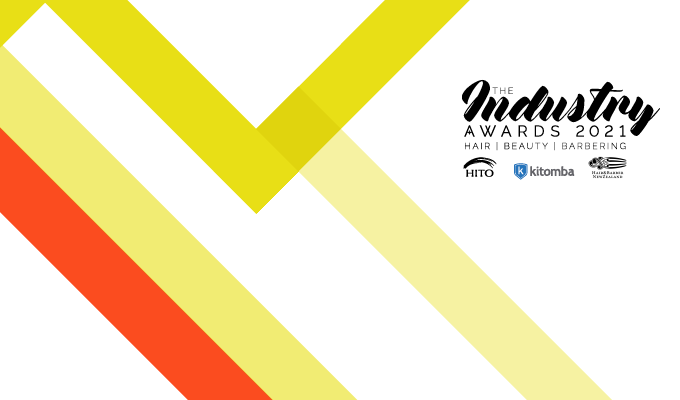 Entries into The Industry Awards 2021 are still being accepted until September 14, but while you’re working hard to create an awesome entry, you might be wondering how we select our winners.

Our judges come from a wide variety of backgrounds and bring a wealth of experience across the hair, beauty and barbering industries. We have some experienced Industry Awards judges back on board this year and we’re also welcoming some brand new judges.

Sally loves simplicity with a twist, enjoying not only the end result, but the thought process behind it. Creating something that looks simple but is actually difficult is what challenges Sally; trying to be original and challenging herself is what keeps her inspired. Being satisfied with “just OK” is never an option. Sally and Jamie’s philosophy has always been simple, love your job, love your clients and strive to be the best you can.

Originally from New Zealand, Carl travelled the world before settling in Melbourne and founding his salon group Chumba, with his wife Belinda Keeley in 2003. As the dual head of Chumba, their teams have won in excess of 200 awards including multiple Hair Expo and AHFA trophies.

As an industry educator Carl has toured the world and continues to teach and educate the industry. Finding a passion and panache for photographic work, Carl explored life behind the lens and quickly began racking up awards both in Australia and internationally.

With a passion for mentoring the next hair generation, Carl continues to look for talent to bring into the spotlight. Carl enjoys the varied work hairdressing has provided, but what Carl enjoys most of all is the one day a week he spends on the salon floor.

New Zealand born Richard Kavanagh, left school at the age of 15 and was told “you will not amount to anything boy.” Richard is now a five time Australian Session Stylist of the Year recipient, having styled cover shoots, celebrities, hair shows and fashion shows in a session career any hairdresser could only dream of, spanning over two decades and traversing the globe.

Thanks to his mum who wanted Richard to do an apprenticeship, he has had his skill and trade qualifications to lean on in an industry that is always evolving.

Richard’s tips to aspiring stylists; “Get really good at the basics. Be flexible. Pay attention to everything, and smile.”

Lex Buckley, together with partner Sheryl, are the publishers of the well-known and well-read Images Magazine. Now in its 20th year, Images has earned an international reputation and was awarded an Intercoiffure Global Press Award Paris in 2009.

Lex says; “With a keen interest in photography, I have an eye for the ‘money shot’ which is stunning enough for a magazine editorial or front cover. My focus while judging the submitted images this year will be on the total look and feel of the shot; for example, does it tell a story? Is it visually exciting?”

This will be Lex’s sixth year judging the Editorial Stylist of the Year awards – as a stalwart of the industry and with a keen eye for detail, we’re excited to have him on board again this year and we truly value his experience and support.

Posted in News
← 4 tips to help you create an award-winning entryInsights from one of the judges for the creative hairdressing awards, Carl Keely →