We’re so honoured to have these accomplished and knowledgeable barbers on board with us this year. They have years of experience in many areas of barbering, including business ownership, mentorship and education. Keep reading to find out more!

Rex A.C. Silver is a 36-year hair industry veteran, and since crossing over to men’s hairdressing and barbering seven years ago has amassed seven Australian Hair Industry Awards (AHIA) finalist nominations in barbering categories including two for Best Barber Australia.

His barber businesses are winners of nine Westpac/News Corp Best in Business awards, and he is on the judging panel at this year’s inaugural Australian Modern Barber Awards.

Rex has been editor of BarberShop magazine since December 2019. Published quarterly, BarberShop magazine goes out in print to over 4,000 barber shops, men’s hairdressers and unisex salons. Each issue, BarberShop features in-depth interviews, industry news and business trends, the latest gear and products, and everything in-between to give a well-balanced overview of all things that make up today’s modern barbering world.

He grew up in West Auckland for the first 19 years of his life and has spent the last 17 years living in Brisbane, where Lance’s barbering career began in 2005.

Lance started cutting in a barbershop in the heart of the Logan Area and has worked in and around the greater parts of Brisbane and the Gold Coast.

About seven years ago Lance became interested in sharing his knowledge and skill set with others to assist those wishing to gain more from their profession and learn techniques to use in their day-to-day work. He organised his first workshop in 2013 and since then Lance has shared his knowledge with many barbers at various events and education sessions.

Fast forward to today, Lance has performed stage work at HairBiz Forum, Hair Expo and the Brisbane Hair & Beauty Expo every year since 2014. He’s worked with, and performed workshops for, various companies such as Wahl Australia, De Lorenzo, Paul Mitchell as well as a range of wholesale distributors.

Lance is currently one of three owners of The Loft Barbershop (Australia), the former Editor of Barbershop Magazine and is also a former Wahl Education & Artistic Team Member and an iCandy Scissors Ambassador.

One accomplishment that Lance is proud of is having organised a 24-hour cutting event for Men’s Mental Health in November 2018. It was open to all barbers who wanted to help, and Lance is proud to say that the barbering industry came together for a great cause and raised both funds and awareness. 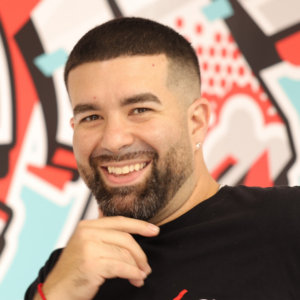 From an early age, Jesse has always had a passion for art and helping others. He started cutting hair at the age of 14 specializing in hair designs.