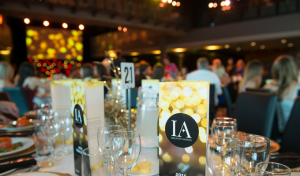 2017 is the 8th time HITO, Kitomba, and NZARH have come together to celebrate the Industry Awards. Each year is bigger and better than the last, with more awards, fantastic venues, and exciting entertainment.

But the Industry Awards weren’t always this glamorous. We’ve scoured the archives to bring you some of the best bits of Industry Awards history and show you how they grew into the event we have today.

HITO soon started offering awards in each of the HITO regions – and there were only four regions at the time! The winners were acknowledged at their NZARH regional AGMs or the Supreme Awards.

In 2008, HITO celebrated 40 years of hairdressing qualifications. They also celebrated the first Jasmine McBeth Memorial Scholarship recipient, Joel Hornell. Jasmine was a hairdressing apprentice (and 2006 HITO Apprentice of the Year) who passed away from cancer shortly after gaining her qualification. The scholarship money comes from the money Jasmine saved to open her own salon.

The Kitomba NZARH Business Awards started eleven years ago in a tiny room on Waiheke Island when a group of 30 salon owners came together to celebrate the first awards ceremony. They were there to start something new – building a culture of recognising and celebrating hairdressing business excellence.

The Kitomba NZARH Awards have grown a lot since then, with new awards and sponsors on board every year. Last year saw a new award for Best Salon Design, expanding the meaning of business success beyond just the books.

Now the Kitomba NZARH Business Awards are seen by many as the leading national distinction that recognizes top performing salons. The awards are particularly known to help entrants’ gain better understanding of salons as businesses.

HITO, Kitomba, and NZARH came together in 2010 to celebrate the Industry Awards. The first Industry Awards was a massive weekend full of celebrations, including the awards dinner, NZARH competitions, Supreme Awards announcements, and a series of seminars. Entry to the whole weekend cost $400! The event took place in Christchurch, which caused some last minute stress when the September 4 earthquake knocked the original venue out of commission.

In 2011 the Industry Awards headed to Auckland’s War Memorial Museum. The event was huge, with over 300 guests coming together to celebrate the winners and dance the night away to DJ Dane Rumble; a far cry from the tiny room on Waiheke Island or the NZARH AGMs.

The next few years saw the Industry Awards move between Auckland and Wellington. Earthquake damage meant a lack of venues in Christchurch, but we’d love to have the awards there again one day.

2014’s event at Shed 6, Wellington, saw the highest number of guests ever. Nearly 400 people attended the event, which included the awards dinner and the NZARH Oceanic competitions during the day. It was an incredible feat to organise, but it was fantastic to see so many people come together to celebrate hair and beauty in New Zealand.

It’s been an amazing journey so far, and we can’t wait to see it get even bigger and better. We look forward to celebrating with all of you in Auckland this year (remember to get your tickets before they sell out!). 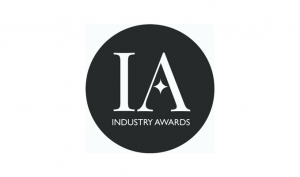 HITO is thrilled to announce the finalists for the 2016 HITO Training Awards.

After two tough days of judging, HITO judges Lyndsay Loveridge and Janine Simons narrowed the applications down to just 35 finalists in 5 categories. The quality of this year’s applications was extremely high, and picking the finalists was a difficult decision to make.

“Every year there are stand-out entrants that truly make their mark. It’s an honour to judge the awards, and we’re excited to announce the finalists for this year and celebrate success in hair and beauty”.

Congratulations to all the finalists, and thank you to everyone that entered. We can’t wait to celebrate with you at the 2016 Industry Awards (tickets available here).

The 2016 HITO Training Awards finalists are:

HITO Regional Apprentice of the Year

HITO Trainer of the Year

HITO Training Salon of the Year

HITO Tutor of the Year